Describe a famous person that you are interested in 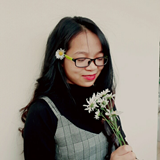 Describe a famous person that you are interested in

Today I am going to talk about Luong Xuan Truong, a famous football player in
Vietnam that I look up to.
He became a household name in Vietnam long time ago, when he took part in
Hoang Anh Gia Lai football club and he was the leader of national football team in
a football competition in 2017. He’s almost unbeatable in my country. Apart from
attending domestic football competition, he also joins international championships
and plays for Korean football club. Thanks to him, our Vietnamese football team
has gone so far. We are so proud of him.
There are many reasons why he is an admirable sport star and the famous person
that I am interested in. First and foremost, Luong Xuan Truong always works hard
and try to do his best. Even though he won many competitions in Vietnam, he still
spends hours each day on practicing his skills. A lot of famous sportsmen stop try
hard when they are on top and some of them even look down on their rivals.
Second, he never gives up when facing difficulty. For example, a long time ago he
was once injured seriously, which may put an end to his career. However, it didn’t
stop him from working harder.
Third, he can speak English very well and have a beautiful voice. In a program on
TV, he has a talk with the MC in English without help.
Even I am a girl, but I am a big fan of football. I really admire Luong Xuan Truong
and he inspires me to take up some sports games.