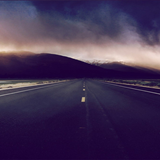 Use the correct form of the verbs in brackets:

Use these words in the sentences below:

Complete the following sentences with these verbs and underline the adjectivecollocation in each sentence which means ‘strong’:

Measures to reduce costs are beginning to take affect.

The measures will affect the entire population.

The lateest security measures at Heathrow are due to a new bomb scare.

James’s measures are on the generous sides!